Local non-league side Billericay Town FC have made themselves untouchable as their latest hijinks include signing a handful of new talent, EIGHT new signings to be exact.

The rumour mill has been driven by a candid snap on Twitter in which millionaire BTFC owner Glenn Tamplin is seen cosying up to Sam Deering which has caused eager eyes fans to contemplate if the star will join the local side that already boasts of Paul Konchesky and Jamie O’Hara. 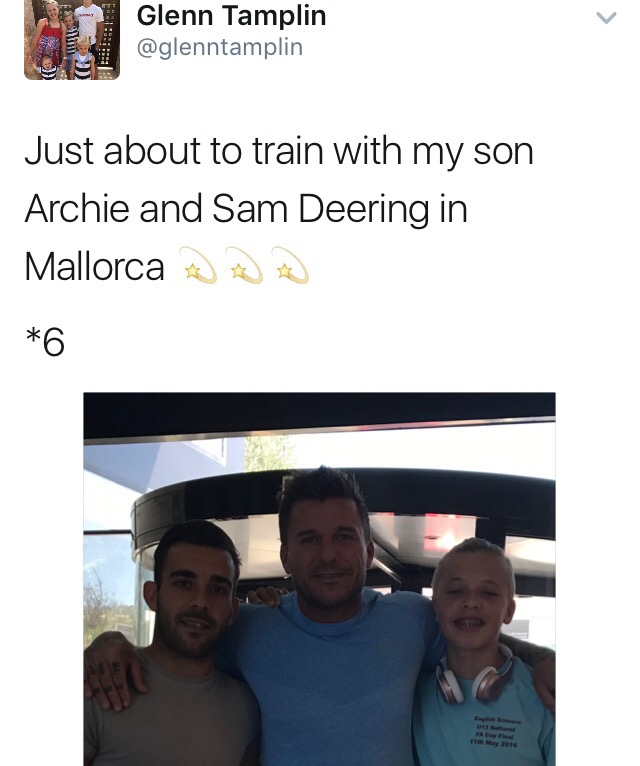 The spate of signings has already won a huge influx of support for Tamplin on social media who has made Billericay Town FC the best non-league football in the world, even championship level teams and some Premiere League teams are said to be feeling the impact of the work he’s putting in.

The signings come just days after Tamplin announced he would be recruiting 60 staff for the football club as part of development plans.

The steel tycoon also now turned philanthropist is already facing calls for a knighthood, whilst other eager eyed social media readers have said he could hack it as England manager.

The Daily Brit contacted Tamplin and his reps for comment this afternoon.