Each celebrity and influencer guest, and their respective household partner, were invited to stay overnight in their own private apartment with caterers delivering food, champagne and other refreshments to the door of each apartment for the guests to enjoy in the privacy of their own “residence”. Over breakfast the next day the celebrities and influencers were asked to list the top-5 things they liked about Coda and their views on the design layout and specification of the apartment they were living in and “test driving”.

Most of the first time buyers and young couples purchasing at Coda have been in the 20-something and 30-something age groups so the younger celebrities and influencers selected for the “test drive” campaign match the age demographic of the buyers. 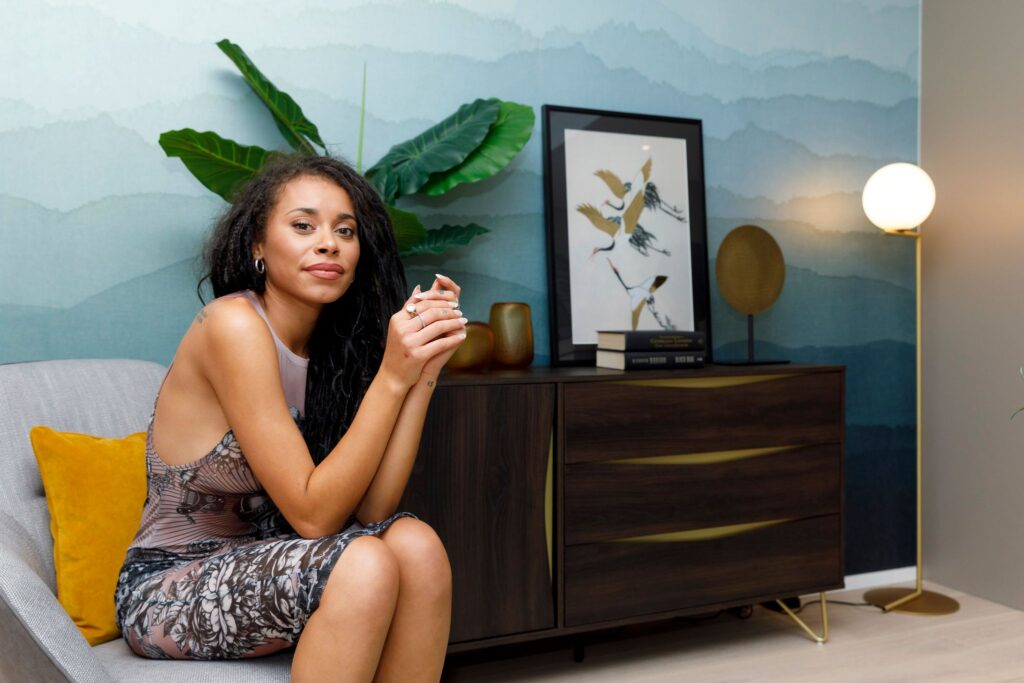 The breakfast survey of the circa 20 people who participated found that the top-5 things they liked about Coda were in rank order: 1. the stunning Thameside views, 2. the hotel-like residential amenities such as the gymnasium and lounges, 3. the cosy hotel-grade beds in the dressed show homes, 4. the ballet inspired interior design and 5. the amazing and friendly concierge staff.

Avanton highlight that the marketing budget for the event was the equivalent cost of taking repeat advertisements in a series of national newspapers and luxury magazines but was well-worth the expenditure. Eyal Booker, has 800,000 followers on his social media, Delilah Belle Hamlin has 1.3 million, Lottie Moss has 300,000, Hana Cross has 250,000 and Siãn Welby has 60,000.

Omer Weinberger, Chief Executive Officer at Avanton, says: “The celebrity “test drive”at Coda was an eye-catching way for Avanton to launch and promote the newly finished apartments and penthouses at the development which are now available for buyers to move into immediately. The survey also enabled us to gather feedback about the apartments and the development from young people who match our buyer demographic. Celebrity and influencer social media driven property marketing is very sophisticated in locations such as Los Angeles, Miami, Monaco and New York. London and other European cities are playing catch-up, and this type of exercise will become standard practice over the next few years in the UK.”

David Ronson, Sales & Marketing Director at Avanton, says: “Modern media, social media and PR is increasingly all about powerful on-line engagement. This type of celebrity endorsement and influencer marketing doesn’t replace traditional advertising and marketing, but for us it is a very effective way of reaching our target buyers and also promoting the development during a time when we cannot do large launch events or functions. Influencers in separate apartments neatly maintained social distancing and separate households yet enabled us to create a buzz around the launch of the finished units.”

Coda has a series of dressed show apartments on various floors done by leading design houses including the London Design Group, Gordon Duff Linton and JMI. Located on a large 2.1-acre island site between York Road and York Place, moments from the River Thames, Coda consists of three recently completed apartment buildings that sit on a raised podium above the RAD facilities on the ground floor, with the podium roof providing landscaped residents’ gardens designed by RHS Chelsea Flower Show medal-winner Exterior Architecture. The residential element of the development is now completed, with the final phase of the build programme, scheduled for completion in 2021, consisting of the fitting out of the RAD facilities and other units within the ground level podium.

The 23 storey, 90 metres tall, central residential tower is known as Coda and provides the 130 private sale apartments and penthouses. The two buildings on either side of the tower are six and 11 storeys and provide 169 homes for PRS Apartments.

Coda provides a new landmark building for the Battersea skyline, with the tower’s façade is composed of glass and special textured aluminium cladding that looks like stone, with glass and metal balustrades and composite timber decking to each balcony. Every home has a private balcony or terrace with substantial use of glazing to maximise natural light and the scheme’s outstanding views from the upper floors. There are less apartments on each floor as the tower rises, giving even greater exclusivity to the upper floor apartments and penthouses.

Try the best burgers and fries in Wales

THE COOLEST DADS IN THE NATION REVEALED

Try the best burgers and fries in Wales

THE COOLEST DADS IN THE NATION REVEALED