Danny Dyer has just completed filming on Chance 43 Productions’ first short film, Stepping Stone, to raise awareness of mental health issues, whilst raising money for suicide prevention charities. The 30 minute fictional film has been written, directed and produced by seventeen year old, first-time filmmaker Noah Caplan, who has witnessed many friends and family members tackle mental illness and has personally suffered with mental health complications after his younger sister was involved in a life-threatening accident. Stepping Stone, which has been created in support of CALM and various other charities, is due for release in early 2022.

The film follows four completely different characters, each from different walks of life, all suffering troubling issues, including domestic abuse, alcoholism and living with anxiety. Each character’s individual journeys to seek help starts with the first, all-important, pivotal step – speaking to someone.

Alongside Danny Dyer, Stepping Stone stars an ensemble cast of both well-established and talented, upcoming actors such as rising star, Cush Berlyn (Trust), who plays the role of counsellor in a bid to change the lives of his patients. David ‘Sideman’ Whitely, Noah Caplan and Georgia Moncur also star in the film.

The main message the production team is hoping the Stepping Stone audience will take from the film is that even if talking to a counsellor isn’t the solution for their particular problem, speaking to someone (anyone) is the first step (Stepping Stone) in seeking help. The counsellor here is a paradigm for how every person should treat one another and approach someone struggling. Stepping Stone aims to break the negative stigmas surrounding mental health and get the world talking about an issue that is so rife. The film plans to address and provide support for people going through mentally challenging times. Furthermore, it wants to normalise conversations regarding mental wellbeing within male friendship groups as a prevention method for mental illness.

The Stepping Stone project was greenlit in March 2020 and has already picked up some notoriety on social media, following a collaboration deal with world-renowned artists, The Connor Brothers, who have created the stimulus artwork to be featured in the film. This artwork will later be auctioned, with all proceeds from the sales going to CALM.

Revealing why he took part in the film, Danny Dyer said: “The power of this thing [the mind] is a mad old thing, so we’ve got look after it.” 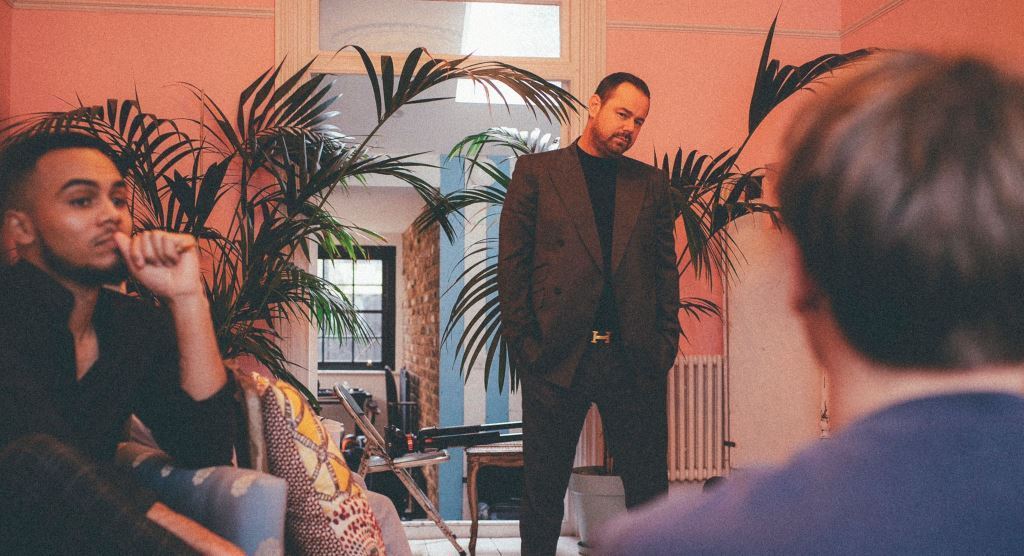 Talking about working with young filmmaker, Noah Caplan, Danny Dyer added, “I was very, very impressed. Barely seventeen years old, the fact he’s got his shit together the way he has and pulled this all together is pretty amazing. I really enjoyed myself. It was a pleasure.”

Noah Caplan said: “It was an absolute honour to work on this film with Danny Dyer and this fantastic team. This is a passion project that I have been working on since my sister was involved in and survived a tragic accident and I saw the effect this had on me and everyone around me. I am so grateful that this experience led me to give back to the world, through the power of film.”

He added: “Mental health is something very close to my heart and I hope this film can help other people. As a family, mental health has always been an open discussion, and I want to help bring that conversation into many other households and friendship groups. With this film we hope to put the subject matter in the limelight, using familiar faces and extravagant storytelling. My goal is to make mental health an open discussion.”

Jackie Green, Stepping Stone Executive Producer, said: “I was moved to tears by Noah’s synopsis and felt that I could bring something to the project. For someone so young to recognise the terrible mental health problems which will undoubtably be the worst hangover of these uncertain times, and to want to try to help in some way is inspiring, I had no choice but to get involved.”

Co-Executive Producer, Monique Blake added: “I wanted to work alongside Jackie, to help make this film, raise important funds and make the ride a little easier for Noah.”

Stepping Stone is a Chance 43 Productions production. The Executive Producers are Jackie Green and Monique Blake, Director, Writer and Creator is Noah Caplan and Cinematographer is the award-winning, Simon Aukes (Blue Story).