The Kardashians vs Ariana Grande, which celebrity’s trainer earns the most on Instagram?

The Insta Earnings Report by Myprotein has revealed just how much the world’s biggest celebrity trainers can command for a simple Instagram post.

The study ranked these influencers on their follower count to reveal who makes the most money.

Kim Kardashian’s PT Is the Most-Followed Celebrity Trainer on Instagram!

As one of the most famous women in the world, it’s no surprise that her personal trainer happens to be earning some serious money too. With over 1 million followers, Melissa Alcantara claimed the top spot in the report and can command up to £2,673 per sponsored post, with the potential to earn approximately £32,076 per year!

Falling into second place is Alicia Keys’ personal trainer, Jeanette Jenkins. Jeanette has racked up over 800,000 followers, which equates to a healthy sum of £3,038 per post.

Gwyneth Paltrow’s PT, Tracy Anderson, takes third position with over 600,000 followers and could pocket up to £2,280 per post.

Kim isn’t the only Kardashian whose trainer features in the list, Khloe and Kourtney’s instructor, DON-A-MATRIX comes in 19th place with 119,500 followers.  With this following, he is able to command just over £450 per post. 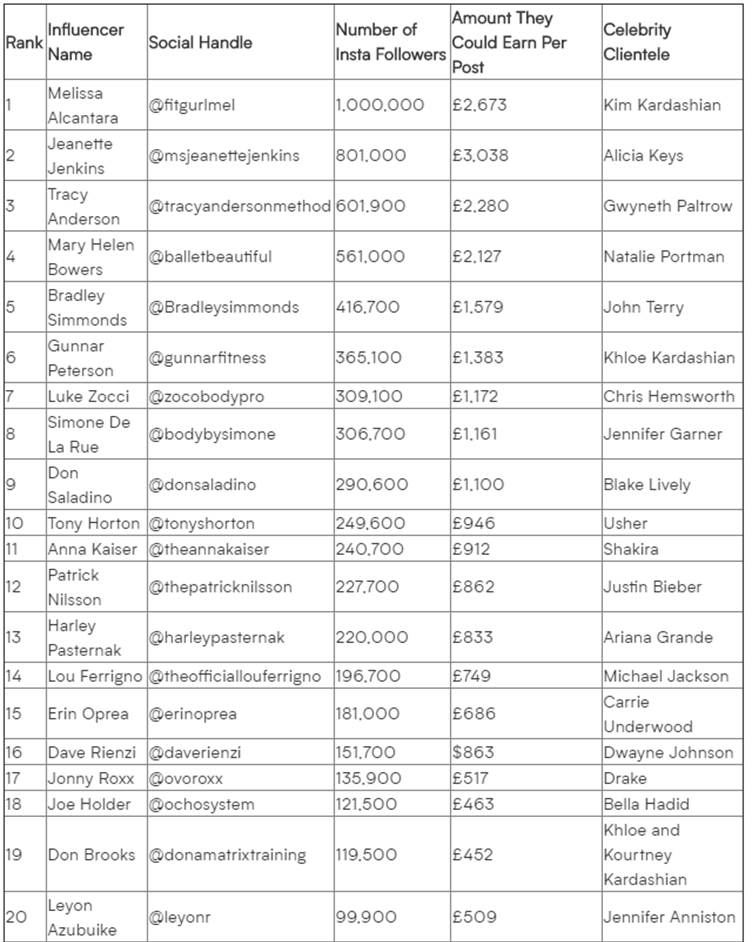 Losing Your Hair More Than Usual During Lockdown

Endometriosis Awareness Month: Gynaecologist answers all questions about the disease that affects one in ten women