The 31st Premier League season is here and one question that many UK football fans are asking is who will take home the title. As Kate Richardson, sports betting expert quips, will Manchester City emerge the winner, or will another club dislodge the two times champions? Kate Richardson says she is waiting for the action and she is ready to offer insights and reviews on the UK best betting sites, and platforms that punters can use to get the kind of experience they are looking for during the 2022-2023 premier league season.

If you would like to learn more about Kate Richardson click here to see her profile as well as the reviews she has made on various football betting issues.

Sports fans in the UK have been lucky this year; they have not been short of action. The women’s football tournament has just been concluded with the UK emerging as the champion in Europe. Commonwealth games are ongoing and the world is watching. And if that is not enough, the country and the world at large will be watching the league unfold. This year it is even starting almost two weeks earlier and will run up to 28th May 2023 with a mid-break that is also coming earlier due to the Qatar 2022 World Cup.

What’s new in the season

Apart from starting slightly earlier than in previous years and a mid-break that is happening almost a month earlier, other things are different this season. As reported in major news outlets across the UK and the world, there are key changes around player substitution. The club shareholders have agreed to affect a new substitution rule.

A consultation and vote that was taken by the twenty premier league CEOs agreed that club managers can make up to five substitutions in each game. This rule started during the COVID 19 however, it was reversed in the following season. There was no consensus on the rule leading to a split in the football circles however; it was eventually voted for return.

The 2022/23 season will see the teams being allowed to have five substitutions while the rules will be subject to specific restrictions. Managers will be allowed to name a maximum of 9 substitutes on their team sheet. This includes goalkeepers with changes in the games only allowed at 3 interludes.

Reason for the change in substitute rule

The Premier League when explaining the reason why they have instituted the change stated that they are always looking to improve the welfare of the players. They say it is important to take care of the player’s interests stressing that their well-being surpasses anything else.

In a statement, the league management body said that they monitor the situation regularly and have done so throughout the COVID 19 pandemic with an aim of ensuring that players’ wellbeing is prioritized. It is also not lost that other major leagues in Europe opted to stick to the COVID 19 enforced substitution rule with the UK league remaining as the only outfit that did not continue with the changes. Analysts see the decision to continue with the substitution rule as a way of harmonizing rules in European football. 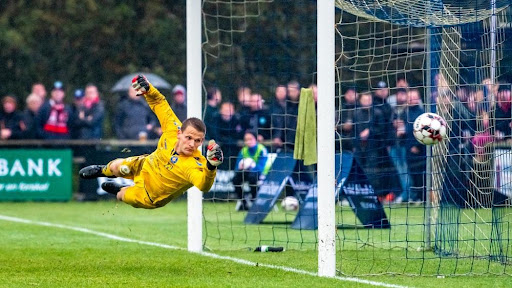 Most managers have spoken positively about the substitution rule hailing it as much needed an introduction. Leeds manager while speaking to reporters said that with new changes, the games will be faster and more intensive. To the fans this is the best thing that has happened as going by the Leeds manager’s sentiments; the games are likely to be lovely and entertaining.

Football fans like matches that are thrilling and with speed and higher intensity this is what will be provided. The managers also feel that returning to three subs after the five subs rule was discontinued disadvantaged players and coaches. Leeds boss blames the change for most of their losses. He was quoted saying that his inability to work with five subs due to the discontinuation of the rule left him handcuffed. His boys were not as aggressive as before.

While acknowledging that they have spoken about the reintroduction of the rule, the Southampton manager Hasenhuttl, said that this did not come as a surprise. He is optimistic that the rule will work in their favor as they will be intense, increasing their chances of success. He dismisses the small club sentiments where they are against the reintroduction of the rule stating that this will be beneficial to all the clubs.

Other changes that are expected in the season include:

Over one in ten Brits spend £1,200+ on holiday extras for a family of four

RECORD WAGE DROP SHOWS AMAZON MUST GET REAL ON WAGES

Over one in ten Brits spend £1,200+ on holiday extras for a family of four

RECORD WAGE DROP SHOWS AMAZON MUST GET REAL ON WAGES