Parkdean Resorts has reimagined some of the UK’s most famous landmarks to visualize what they would look like if they were built today, taking into account the needs of people in 2021, such as remote working, technological advancements and environmental issues.

Throughout history, landmarks have been built to remember significant events, to establish a location or to play a practical role. But how would they look if they were designed now?

Originally built in 1843, Big Ben was erected following the fire of The Palace of Westminster. If built in 2021 Big Ben could act as much more than an ornate timepiece.

Reimagined here as an urban wildlife conservation project. As the UK becomes more aware of the impact of pollution in the capital,  this version of Big Ben brings some greenery to the capital and provides a home for nature in the heart of the city.

The London Eye, London – Remote working pods with a view 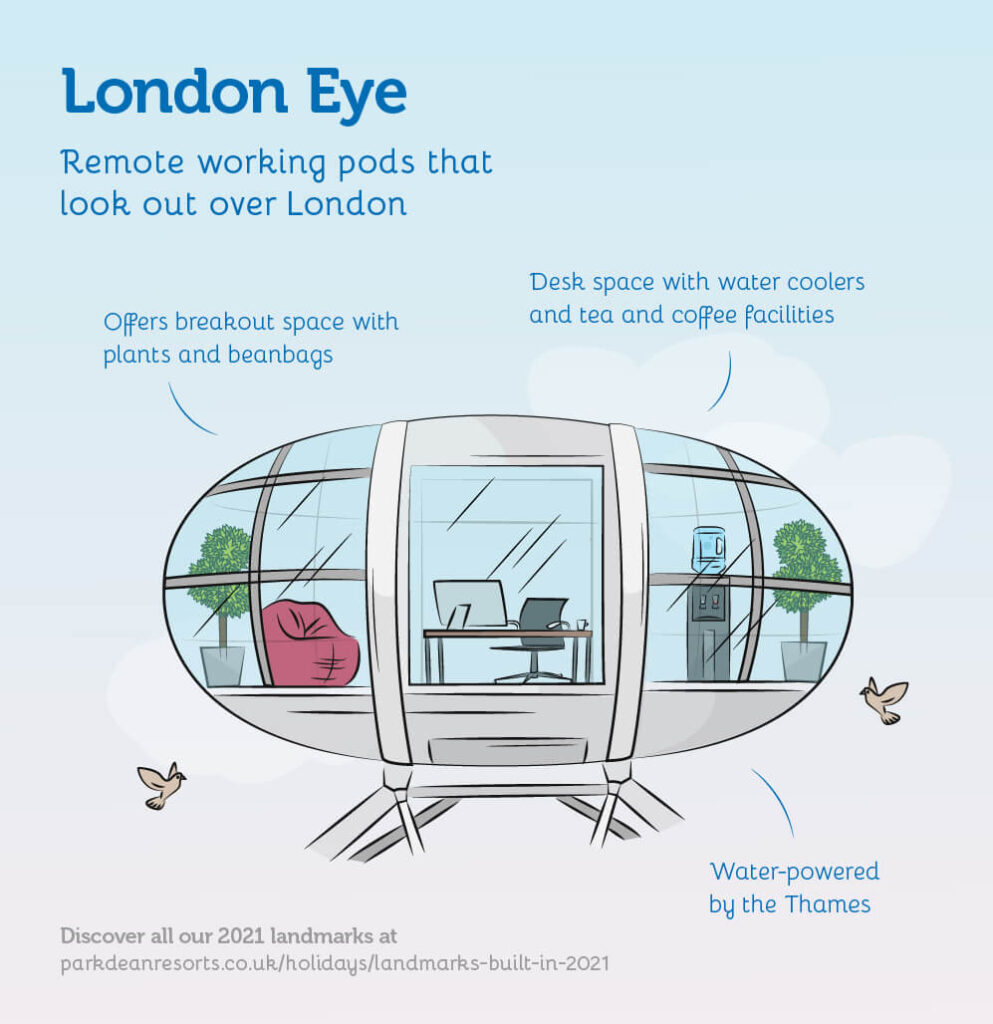 Here, this version of the London Eye features: 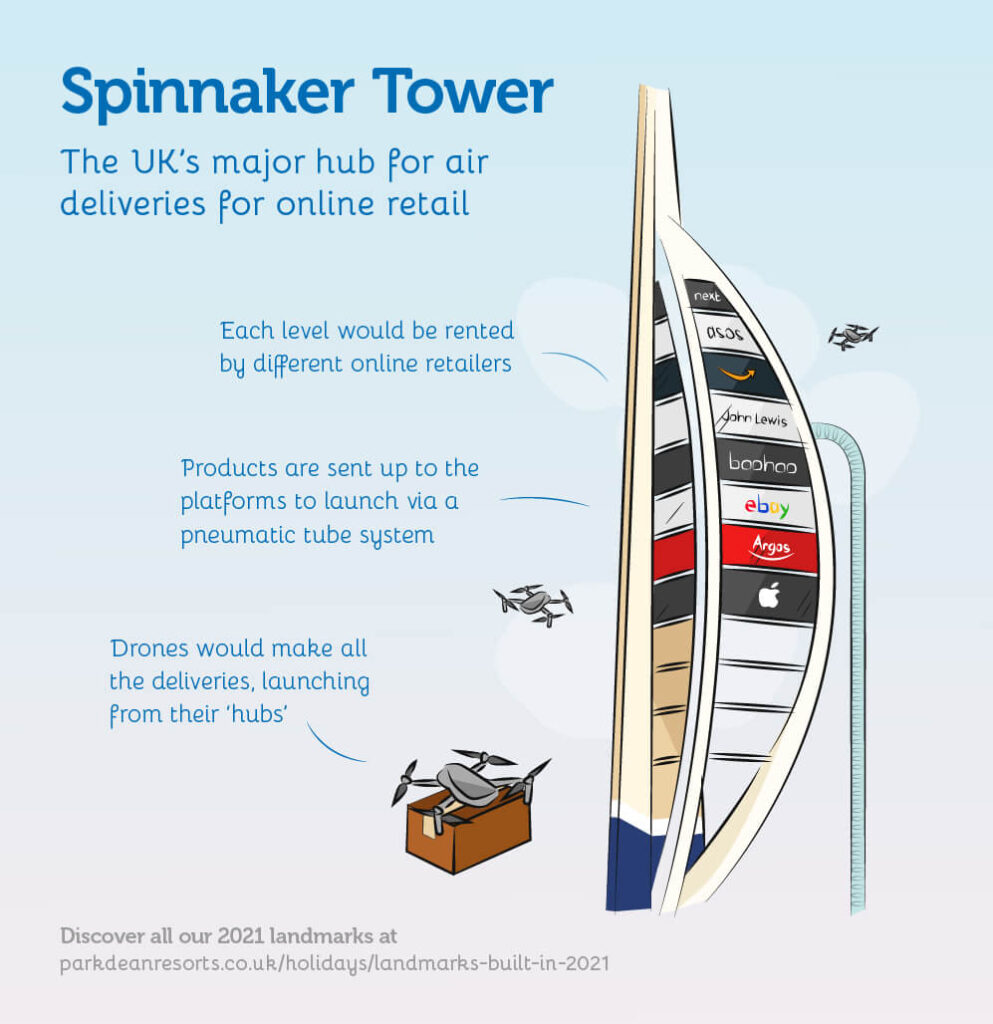 Originally built in 2005 as a viewing tower for visitors to look over the landscape, Spinnaker Tower has stood proudly as a landmark for Portsmouth, but what if it could be used to solve current demands facing the distribution industry?

Over the last year, online ordering has soared and pressure has been mounting for on delivery services like never before.