LOUIS-JAMES DAVIS and NICOLE DAVIS the tech power couple and entrepreneurs behind Manchester based cyber tech security company VST Enterprises Ltd (VSTE) are to champion a campaign to find the next generation of computer coders, programmers and code breakers.

The Manchester based power couple are to become ambassadors for CODE NATION, the digital training business set up by ex PwC/ KPMG Partner David Muir and Andy Lord, former founder and CEO of talent firm The Rethink Group Ltd.

As two leading lights in the Manchester Cyber Tech eco system, both Code Nation and VST Enterprises Ltd are flying the British flag for cyber tech and innovation as Manchester is rapidly becoming the UK centre of excellence for computing coding and programming.

Manchester is now leading the way as Europe’s leading tech hub. Last year the Manchester digital tech industry turned over £4.9 Billion to the UK economy. Manchester now has the largest number of digital workers in the UK outside of London. The Government’s signals intelligence agency GCHQ has also located in the region tapping into the rich vein of cyber tech talent.

As Code Nation ambassadors, both Louis-James and Nicole Davis will drive a campaign to encourage young adults and mature students into computer coding and cyber technology as a career, particularly encouraging those from disadvantaged backgrounds who would otherwise not have the traditional pathway through a University degree. As a “tech power couple” they are keen to debunk the myths and “geek” stigma, making cyber technology an attractive career path.

Louis-James will focus on encouraging a broad spectrum of male and female students from 17-57 into cyber tech, while Nicole will focus on spearheading a campaign to encourage young female adults into computer coding and breaking the male only “stigma” in science technology, engineering and maths (STEM). 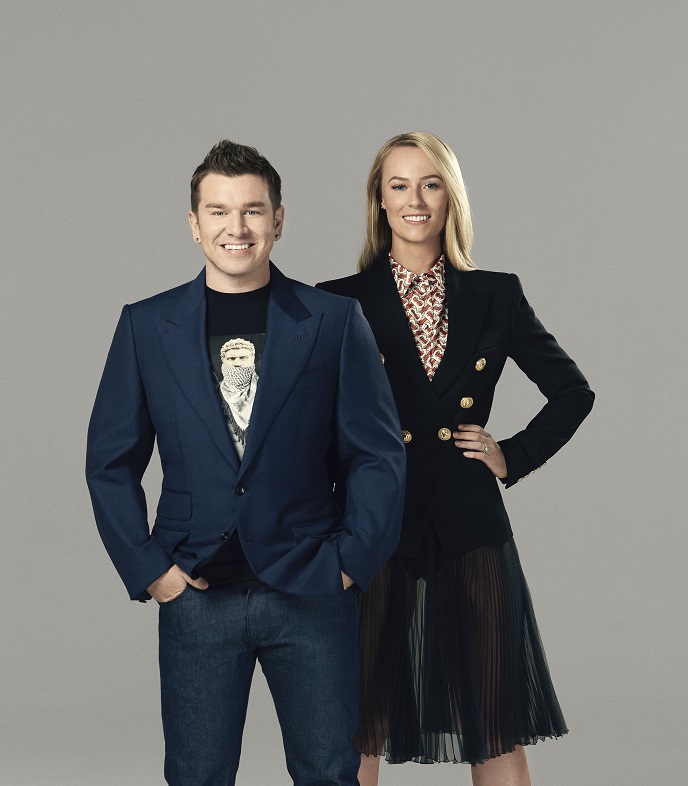 Both Louis-James and Nicole will actively look to encourage and promote software development and cyber tech through their ambassadorial roles with mentoring sessions, inspirational public speaking, networking events and coding masterclasses.

“Nicole and I are thrilled and delighted to be working with Code Nation to help raise the profile and awareness of the amazing work being done in Manchester, Chester and Cambridge. Code Nation is flying the tech flag and showcasing the world class coding and programming talent we have in Manchester. We were very impressed with the brilliant work that David and Andy are doing here at Code Nation ,which is vitally important to bridging the UK skills gap and developing the very best British tech talent of the future.

The workplace environment has changed rapidly and Britain is fast becoming a world class leader in cyber technology. Therefore it is vital to have a coding school of excellence such as Code Nation that gives the opportunity for those wanting a career in cyber and tech.”

“We are delighted to be joining Code Nation as ambassadors to help raise awareness of the fantastic work that is being done at the school by Andy and David who are both passionate about creating employable talent.  It is vitally important that women in tech are represented at the highest level to raise awareness and encourage young adult females into a career in tech.

With only 15% of employees working in STEM roles in the UK being female, we need to address the gender imbalance which is one of the biggest issues facing the tech sector at the moment. Only one in five jobs in the digital and tech sector are occupied by females which clearly demonstrates the need to address the imbalance. We want to encourage young female adults and mature students to consider a career in coding and programming and to have parity with their male counterparts. As an ambassador, my role is to positively encourage and attract the female tech talent of tomorrow.”

Code Nation was formed in 2017 by former PwC/KPMG partner David Muir and Andy Lord, former founder and CEO of talent firm The Rethink Group Ltd. The digital campus was set up to provide courses in coding, cyber security, data & analytics and iOS development. The school, which boasts campuses across the North West in Manchester and Chester and in the South in Cambridge, was set up with the objective of training and educating the next generation of computer coders and cyber entrepreneurs. Some two years on it has become one of the fastest growing digital education providers. In July of this year it reached a milestone having trained 500 coders and cyber security experts across its two campuses.

Andy and David set up Code Nation having consulted extensively with businesses across the UK to service the clear need of generating more digital talent. Both have a passion and firm belief in educating and training people from all walks of life regardless of age or background, in computer coding and cyber technology. Through their training and mentoring, Code Nation produce a highly desirable skill set in the workplace and employable talent. What makes Code Nation unique is its ability to utilise its strong connections and foundations in business, commerce and industry to connect students with future employers in cyber and technology. It’s “Code Nation Pledger” programme currently has over 130 organisations and businesses pledging to find employment for Code Nation students within their organisations once they have graduated.